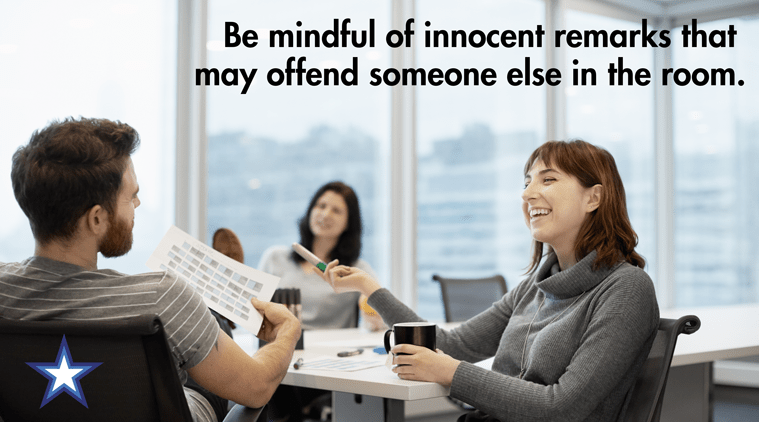 The workplace environment can be similar to a rollercoaster, especially if there are tight deadlines, multiple personalities working together, or just a team that is overwhelmed in their personal lives.

It is well-known that laughter is indeed the best medicine. Not only can it help to reduce stress, but there are many other benefits.

When you bring humor into the workplace, it can:

On the other side of the coin, it could backfire and lend itself to a more hostile work environment. Many lawsuits stem from irresponsible “fun,” which, in the end, creates more stress, especially if it’s offensive.

For example, have you been in a situation where you witnessed a co-worker teasing another co-worker? The “teaser” may very well be doing it in fun, but if it’s about a sensitive topic no one is aware of, the person “being teased” could be affected emotionally.

There are also situations where workplace humor is the go-to for someone trying to de-stress and may not even realize the damage caused once the words leave their mouth.

Some sensitive topics are about:

It’s up to the company leadership to squash this type of humor, so it doesn’t reduce morale and productivity. And, if taken too far, it can lead to lawsuits as it can become a liability.

How do you define the balance between real humor that relieves stress or laughter that is offensive and could have damaging effects?

What is the Message You Want to Relay?

When you tell a joke, think about whether you would say the punchline if there weren’t a joke attached.

Is the Subject Controversial?

There is so much in the news with many different points of view. Have you found yourself in the position of openly commenting on a report that relates to a provocative topic, and once it leaves your mouth, you realize you just seriously offended someone in the room?

Avoid issues that talk about:

Say No to Engaging in Political Banter

The beauty of our country is that we are free to have many different opinions. However, if you make a political joke that is offensive to how a co-worker believes about a subject, this could lead to a nasty debate or, even worse, hurt feelings that will run deep.

When in Doubt, Leave it Out

If you’re on the fence about whether something will be offensive, follow your gut and don’t move forward with the comment or joke. If you’re not 100% sure, then most likely, someone will feel uncomfortable.

The most important consideration is ensuring you respect others, so talk about neutral topics.

The TV show “The Office” was entertaining because they behaved the opposite way of how they should. It’s not real life, and even mimicking one of the actors is condoning negative behavior.

Stand Strong When Around Negative Behavior

If you’re not the one delivering the humor, be the leader, no matter your role, and change the subject to a safer topic. Your co-workers will welcome that as everyone thrives in a more friendly work environment.

Humor is great and is still the go-to when you want to reduce stress, and as long as your mindful of the feelings of others, have fun with your co-workers and enjoy going to work!