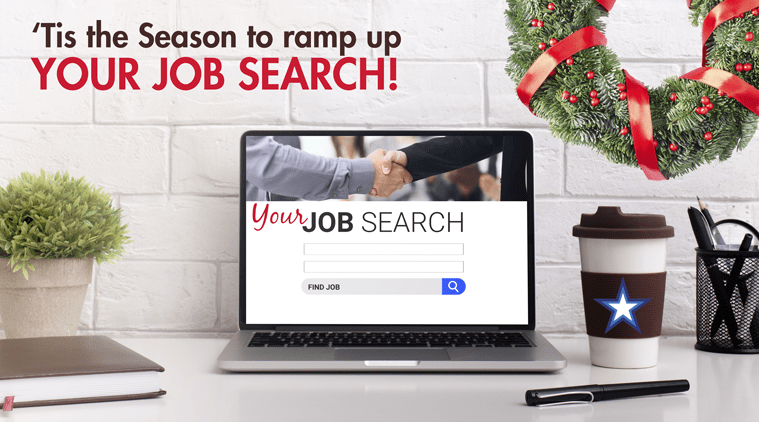 Often, companies delay hiring until the new year, while others experience downtime in December and have more time to fill those positions.

Are you not convinced? Below, we have some reasons why job hunting during the holidays may be ideal!

This time of year, social functions are everywhere you turn, which means opportunities to connect with others increase dramatically. Attending holiday social gatherings, charity events, and the like open the door to network with people who may be able to help with your job search.

Despite COVID reducing traditional large in-person gatherings, many groups and charities have adjusted their settings to virtual or limited capacity. Even though networking is more challenging through these avenues, it still provides the perfect occasion to follow up with fellow attendees with whom you now share something in common.

You never know who you will meet that has the power to change your path, so be prepared to discuss your background and qualifications briefly.

Remember to keep the focus on cultivating new relationships. In the words of Ivan Misser, “Networking is more about farming than it is about hunting.”

Many people avoid job searching during the holiday season simply because it’s a hectic time of year. For that very reason, the candidate pool is smaller, resulting in less competition for that highly coveted job you’ve been eying.

You may score an interview that you would not have been able to get during a different time of the year when the competition was higher.

As we mentioned before, some managers do hire during December! Even those that don’t may have their eyes peeled for qualified candidates to interview so that they can employ as soon as January hits!

Don’t throw in the towel during the holidays, and keep your chin up! Search and apply for those jobs!

A Seasonal Job Could Become a Permanent One

Hiring temps during the holidays is not uncommon for many companies, and seasonal jobs can often become permanent! What better way to prove yourself to a hiring manager than to get a seasonal job and treat it as an on-the-job interview?

Even if your specific job is not needed come January, the company will likely have other job openings…and by now, your current boss is on your side!

Remember- don’t give up hope simply because of the stale old rumor that the holidays are an awful time to search for a job.

Onward and upward! It really is the most wonderful time of the year.