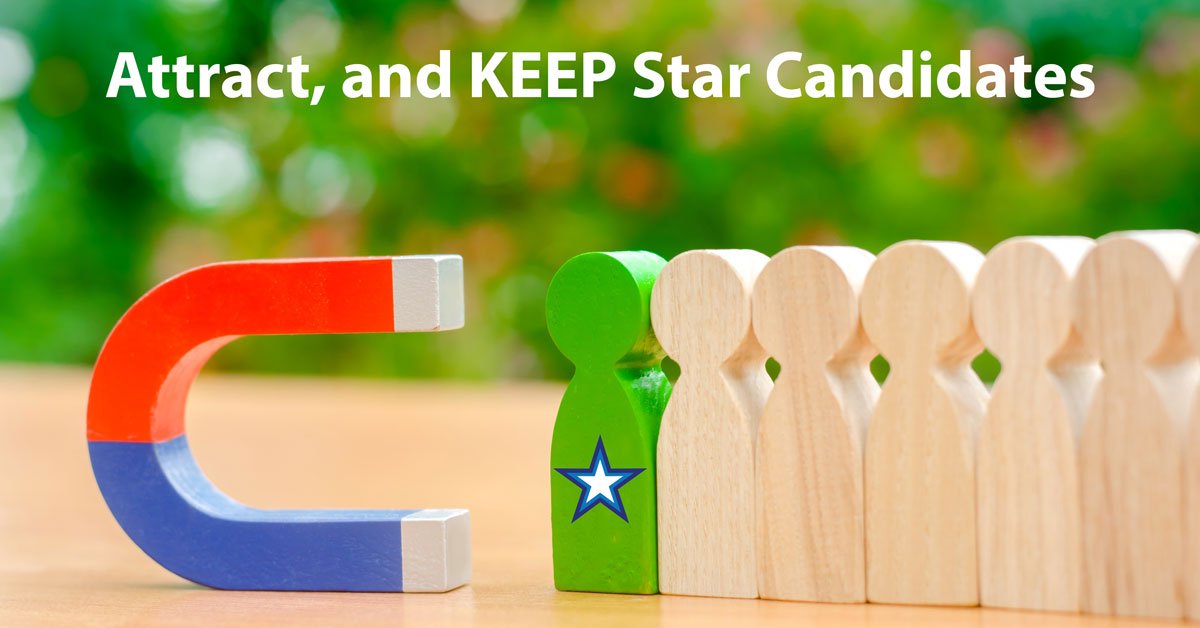 Have you invested a great deal of time training a new employee only to find that shortly after that, they’ve begun a new job search and have announced that they’re jumping ship? When you ask them why you may receive a detailed answer. But often, their response may be vague, leaving you to wonder what went wrong, especially when you thought everything was going right.

This frustration is a common theme among many employers. You’ll often move on to the next candidate without diving into why this happened, mainly because you need that position filled ASAP.

Let’s take some steps back to before you hired what you thought was a fantastic candidate. And in fact, they most likely were terrific and may not have expected the type of culture and responsibilities that came their way. These are areas that you should have discussed before the hire. But, we often don’t think of culture as a reason to accept or not accept a position.

When we think of retention, we often believe it’s about matching the person with the job they’re hired to do, and we take steps to ensure they’re happy. However, what you think will make them happy may differ from what motivates a quality candidate.

In addition to the attributes under "Your view," also includes:

This is where we come back to the title of this blog. Retention begins before you even make the hire, and it should be included in your thinking from the application process to choosing who to interview.

When you work with a recruiter, an experienced staffing solutions firm will ensure your job description relays what potential candidates can realistically expect. The recruiter will outline the:

The above should not be an afterthought but should be well thought out. So once the employee joins your company, they don’t discover you just talked the talk to get them in the door but walk the walk every day.

Many employers may feel uncomfortable describing their company culture. Not because it’s terrible, but because they’re so close to it that it’s not easy to describe. A recruiter will know the right questions to ask an employer to extract the highlights of what is necessary to relay to qualified candidates.

And on the candidate side, they may feel more comfortable, at least initially, relaying what they need to consider longevity as part of their next role.

A recruiter has experienced many circumstances and has that sixth sense which helps to narrow the playing field to find the right fit.

The perfect candidate has joined your team and is doing great. Don’t get too comfortable. It’s essential to check in often to ensure they are getting what they need to fulfill their responsibilities. Ask them directly if they’re happy. Sometimes something small can fester, and if you keep an open line of communication, it will never get that far.

Keep an open mind and if needed, be flexible if the desired result is being accomplished.

Sometimes it’s inevitable, and it may not be through any fault of the company, but perhaps their needs have changed or other circumstances that happen in life. If you’re prepared and have initiated cross-training in your organization, you should be fine until you find the next dream candidate.

The bottom line is if you perform your due diligence from the beginning and always remain engaged, the long-term chances of keeping an employee significantly increase.

Lone Star Staffing Solutions would love the opportunity to talk to you about the hiring needs for your company. We’ve been there and done that, so we know retention’s importance.